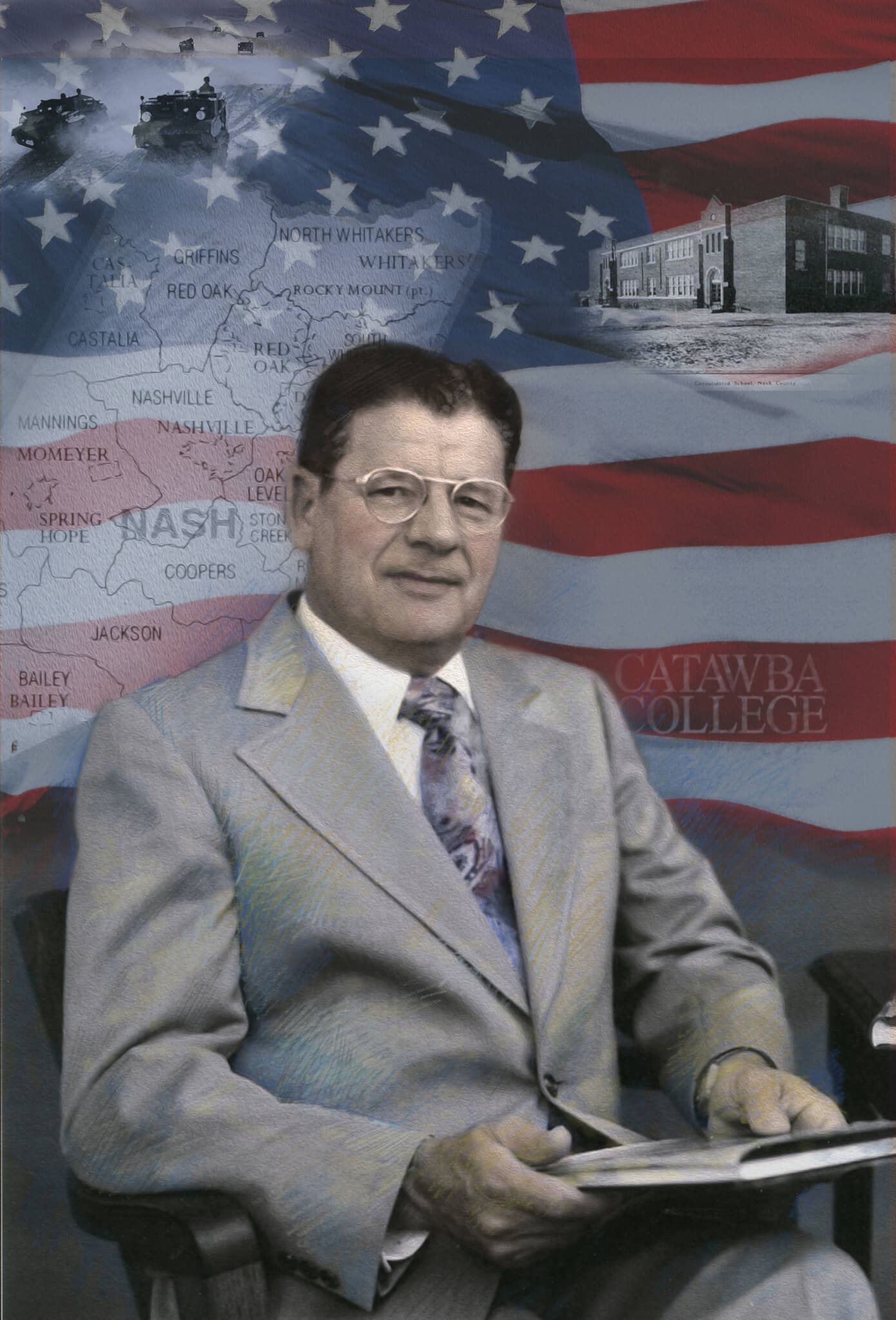 A Rowan County native, Channing Hilliard Fries, Jr. first came to Nash County Schools in 1938 as a teacher at Nashville High School. He served his county in the Navy in World War II and returned to the area in 1946 to become principal at Nashville High School. In 1949 he took the position of assistant superintendent of Nash County schools, a position he held for 12 years. In 1961 he became the Superintendent of the system serving in that position for 16 years until his retirement in 1977. In addition to his work with the school system, he served on various boards in the community including the Nash Mental Health Center Area Board, the Nash County Board of Health, and the Nashville Board of Adjustment. He was an active member of Nashville United Methodist Church. In 2001, Mr. Fries received the Exemplary Life Service Award from Catawba College. He led the Nash school system through both integration and the consolidation of the Nash County School System which led to the creation of Northern and Southern Nash High Schools. In 2011, the Nash Rocky Mount Board of Education adopted a resolution of appreciation for his service.

Inducted into Hall of Fame 2012
Deceased