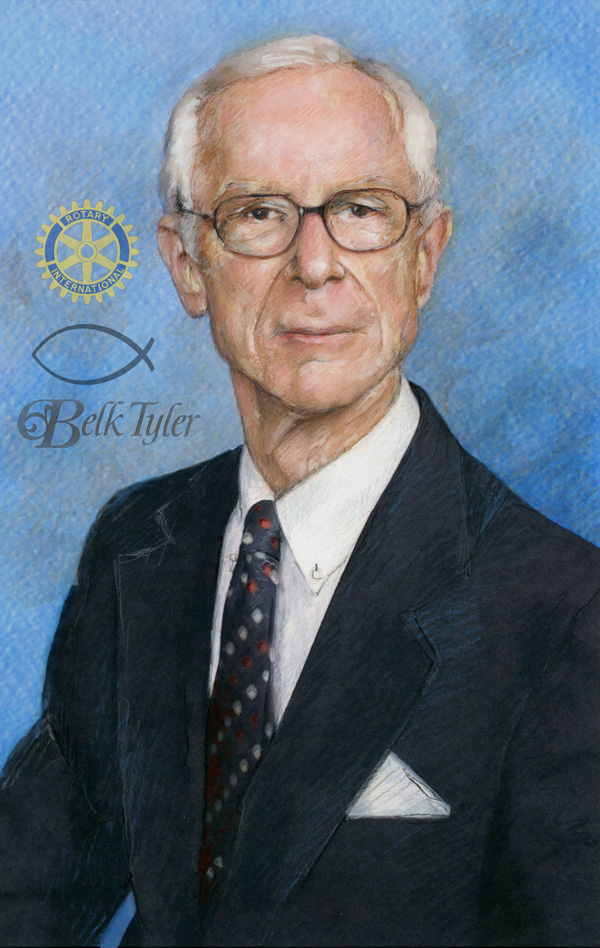 Paul H. Peel, Jr. is an active Rocky Mount civic leader and former executive at Belk. He was born in rural Martin County, NC, and attended primary school in Williamston, NC. He served two years active duty in Korea, and then served 14 years in the NC National Guard finishing as 1st Lieutenant.

Mr. Peel started his career with Belk at Belk-Tyler, making $2 a day and being trained “the Arthur Tyler way” (Arthur Tyler, Mr. Peel’s mentor, is also a Twin County HOF inductee). He would later become the Rocky Mount Belk store manager and executive vice president of the eastern NC Belk stores. He was the last of Arthur Tyler protégés at his retirement in 1996. He completed the Executive Program of Professional Management Education at University of North Carolina and the National Retail Management Program in NYC.

He is active with the First Christian Church, having twice served as board chair, 50 years as a teacher, and has written a history of the Restoration movement in Eastern NC. He has preached sermons at Christian churches throughout NC. He has been married to Janie Griffin for 67 years and they have two daughters, Pamela Spell and Janet Scott, as well as two grandchildren.