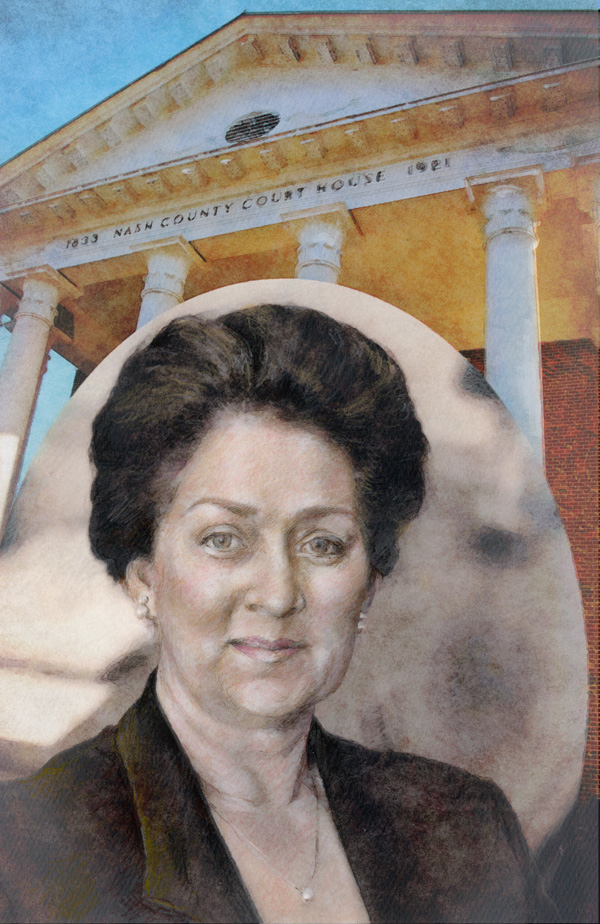 Rachel M. Joyner was elected to the office of Clerk of Nash County Superior Court in 1968 and was reelected time after time until her retirement in 2018.  Prior to that, she served 16 years as Assistant Clerk of Court, for a total of 66 years of service to Nash County. According to Judge Quentin Sumner, “she executed the duties and responsibilities of her office with great dignity and honor. Rachel has been and continues to be a hidden treasure for the citizens of Nash County. She is a walking and talking living history of Nash County.“

Mrs. Joyner was born and raised on a farm in Castalia, the daughter of Charles Daniel Matthews and Mary Menda Rich Matthews. She was the youngest of 11 children.  She attended Spring Hope High School and Baltimore Business College.  She credits her upbringing for helping her achieve her goals.  “I never let poverty bother me. My wonderful parents taught us how to live and treat other people.”

During her tenure as Clerk of Court, she led her staff in the development of a pilot program for the automation of court records that was later adopted by all 100 counties in the state.  It included financial management, child support, jury selection and all aspects of court operations.  She served on numerous boards and received countless awards including the  Award for Meritorious Service to the improvement of the NC Court System in 1988 and the Richard Caswell award in 1998 and again in 2015. She was the first woman appointed to the North Carolina Court Commission. In 2017 she received the prestigious Order of the Longleaf Pine for her record of extraordinary service to the state of North Carolina. Joyner was the inaugural recipient of the Rachel M. Joyner Award which will honor someone anually “who has made a substantial impact on the Clerk of Court office.”

She is well known for her honor, integrity, and ingenuity as well as for her commitment and dedication.