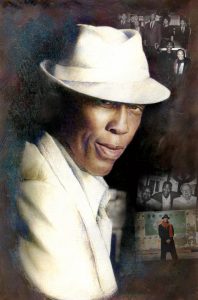 Warren “Slim” Pony Williams moved to Rocky Mount as a child and attended O.R. Pope Elementary School then went to J.W. Parker Jr. High. His family moved again and he graduated from Norview High School in Norfolk, Va. Williams’ talent in music earned him jobs in various bands until he won the Star Search TV Talent Contest in 1986. He was a performer with The Spinners, The Drifters, the Temptations, and Smokey Robinson. In 1996 he was the musical director for the Atlanta Olympic Games. He recently won the Gemini Award for best original music score for In the Key of Oscar, a biopic of Oscar Peterson. Williams currently lives in Montreal, Canada.

Inducted into Hall of Fame 2011