Bridgers was an active member of the community, serving for 20 years on the town’s board of commissioners and eight years as mayor. Even after his 100th birthday, he would attend commissioner meetings to make suggestions or to inquire as to the status of a particular project or grant.

Bridgers was always impeccably dressed and was recognized by everyone as a leader in his community and his church, where he served as chairman of the trustee board for 35 years and a deacon for 19 years. He was deacon emeritus at Eastern Star Missionary Baptist Church at the time of his death.

In a post on the Eastern Star Missionary Baptist Church Facebook page, Princeville Mayor Bobbie Jones wrote, “Today I lost one of my heroes and role models, Mr. James ‘Ed’ Bridgers! Rest on Dear Sir! The town of Princeville will certainly miss you!”

Town manager Glenda Knight told the Telegram, “Mr. Bridgers served as my mentor. This is a very sad day for the town of Princeville as this giant icon transitioned today. A man who made a huge, tangible difference and was such a positive influence. His passion and dedication to the town of Princeville were demonstrated in every way. Please join the board of commissioners, staff, community and friends in prayers and support for the Bridgers family during this time of bereavement.”

Bridgers, who was inducted into the Order of the Long Leaf Pine in 2009 and the Twin County Hall of Fame in 2014, was born on Sept. 27, 1919, in Princeville. He graduated from Tarboro Colored High School in 1938 and attended Hampton Institute, now Hampton University, in Hampton, Va., and Artis Barber College in Wilson. Bridgers had a reputation as a savvy businessman.

He made a living as a self-employed barber, owned and operated a convenience store and, as a carpenter, built and repaired businesses and houses he owned.

Calvin Adkins Sr., in a Facebook post, wrote: “Up until his death, his heart and mind were on the health, social welfare and the economics of Princeville — the first black (founded) town in the United States. God rest his soul.”

In his narrative at the Twin County Hall of Fame, it was noted that it was through Bridgers’ efforts as a community volunteer that the U.S. Army Corps of Engineers built the three-mile flood protection levee along the Tar River.

During his career as an elected official, he was instrumental in getting street lights, paved streets and water and sewer lines.

In 2005, he commented on his ties to Princeville: “When I got married, I had .00. I went into business with .00. I worked hard to get where I am today. I am still a poor man, a self-made man. I did it all in the town that I love. As a young man, I could have gone somewhere else. I came home to make a difference and I hope I did.” He is survived by his wife of more than 60 years, Carrie, two children, five grandchildren, 11 great-grandchildren and one great-great-grandchild. 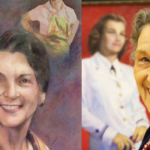 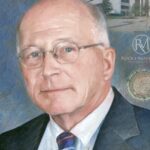