A former City of Rocky Mount assistant manager is serving as interim director of the municipality’s community and business development department. Peter Varney has since Feb. 15 been temporarily holding the position.

That is based on a list of salaries of key municipal officials the Telegram requested so the newspaper can have an updated list on file for reference in future stories.

Cynthia T. Jones had been serving as community and business development director since February 2020. State law makes clear the salary of a municipal official in North Carolina is public record.

The newspaper in an email on Feb. 22 asked a city spokesman for a current list, in a spreadsheet format, of the yearly pay of Rocky Mount’s top municipal officials. After the spokesman provided the list on Wednesday afternoon, the newspaper saw Varney listed as interim community and business development director.

The Telegram on Thursday morning sent an email to City Manager Rochelle Small-Toney, as well as to the city spokesman and the city’s communications, marketing and public relations consultant, asking about what had happened to Jones. There was no response to the email by press time on Thursday.

The Telegram also had not received any news release from the City of Rocky Mount about this change of leadership, albeit for the time being, in the community and business development director position.

That position is quite a vital one locally.

The city’s website makes clear that the mission of community and business development is to advance community well-being by revitalizing neighborhoods, providing affordable housing and facilitating business and economic opportunity.

Varney does bring an extensive prior history with the municipality to the community and business development director position. Varney was an assistant city manager from 1977 until retiring in 2012 and his career included an emphasis on efforts to redevelop downtown. Under Varney’s watch, the train station was renovated, the Imperial Centre for the Arts and Sciences was opened and the Douglas Block was redeveloped.

Varner’s retirement closed the books on having worked about 41 years at City Hall. In November 2019 he was inducted into the Twin County Hall of Fame, which commemorates the accomplishments of Edgecombe and Nash county residents or natives in a wide range of categories.

Jones, prior to reporting for work at City Hall more than a year ago, had been Edgecombe County’s planning and inspections director.

A City of Rocky Mount news release in January 2020 announcing the hiring of Jones noted she was bringing more than 20 years of experience in local government.

Jones was hired to fill a position Assistant City Manager Natasha Hampton had temporarily held due to Landis Faulcon having been placed on administrative leave before she eventually resigned in September 2019.

The Telegram about a year after the hiring of Faulcon reported she continued to live in Virginia Beach, Va., and in Halifax County. Additionally, the newspaper reported that under Faulcon’s watch, permitting for commercial and residential buildings had slowed to a crawl, key employees in her department had left and the City of Rocky Mount failed to achieve accreditation status with the Main Street revitalization program. The municipality is now an affiliate of the program, which in effect is a slip of a notch in status. 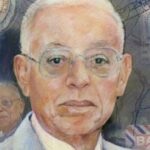 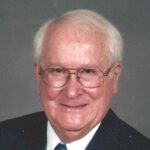